(Read some lovely context about why I'm writing about non-league football here.)

It’s not been a great start for Wibsey, and, for them, the Yorkshire Amateur League Premier Division table makes for grim reading this morning. Two games and two defeats, with 14 goals conceded in the process and only 2 in the “for” column. Perhaps today’s game against Stanningley Old Boys, being Wibsey’s first home fixture of the season, will bring with it some good fortune. I find a surprise 20 quid screwed up in the depths of my wallet, which I think bodes well. For someone.

I’ve learnt that ‘home’ is a moveable feast in non-league football. Bankfoot Cricket Club – today’s ‘home’ ground - sits just beyond the Wibsey boundary and requires, for me, a negotiation of the Odsal Top subways. Arriving early, I have a quick recce of a Bulls-less and melancholic Odsal Stadium next-door. There used to be a good chippy round here. 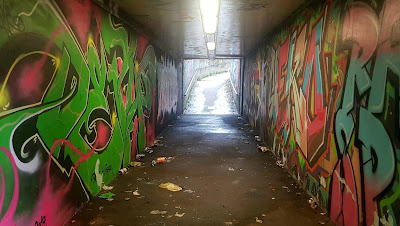 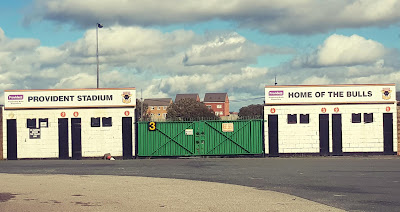 Wibsey bag the first goal of the match and their 3rd of the season within 10 minutes of the ref getting things started. It’s a good ‘un, too; a peach of a free-kick given a proper thwack that renders the Stan ‘keeper - who’s obviously been to the barber and asked for “the full De Gea, please” - static. Had an acrobatic bicycle kick connected with ball instead of defender’s face it could be 2-0 soon after. Looked impressive though. 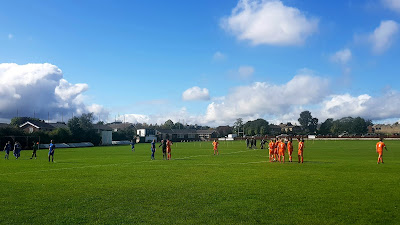 A frustrated Stanningley management make 2 early changes on 35 minutes but struggle to move through the gears. Wibsey, less troubled by the wet conditions, go into the break in front. A section of The Stanningley following heads out for refreshments, returning with crates of Koppaberg and Stella. It’s a second half that promises to be lively regardless of the on-field action. 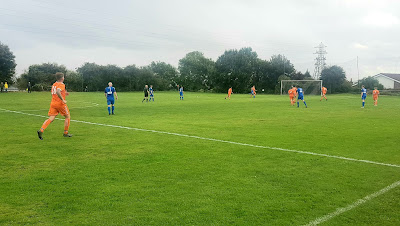 Wibsey score their second as rapidly as they got their first, and are 2 up - their league tally doubled - early doors. There’s some huffing and puffing but Stanningley don’t trouble the Wibsey keeper and, perhaps roused by those tasty beverages, supporters direct their ire on the opposition, with some of the goading being fruitier than those Koppabergs.

I’m not sure what’s prompted those two hefty early defeats for Wibsey. They look good today, organised and tidy, and hold on for a deserved first win of the season. I knew finding that twenty quid was a good omen.

Pie notes: no pastry action. Should have asked the Stanningley lads to pick me something up on their booze run.