fairytale of the shay

It’s thirty years since my first visit to The Shay. Back then it was to take in Halifax Town vs Mansfield Town - a Super Sunday just waiting to happen, I know - and was the first proper game of football that I’d been to. 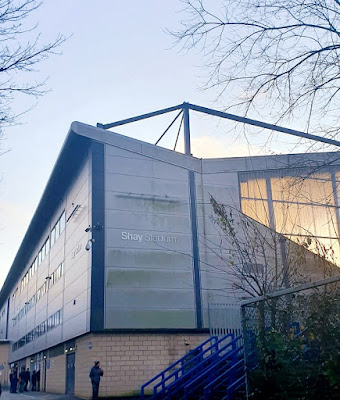 That “gift” was from my Uncle, and given how it was that match that started this football thing, I consider giving him a bell to see if he’ll nip over and stump up the twenty quid admission I hand over on the turnstile. Love a traditional turnstile though, to be fair.


The heady aroma of pie and liberally-minted peas fills the air on my return visit, where it’s 7th v 12th in the National League as FC Halifax Town host a Notts County side whose plans of a return to League Two, pronto, perhaps haven’t gone as smoothly as the sizeable travelling contingent would have liked. Similarly, the home side, quickest out of the blocks over the summer, will probably be keen to put a stuttering Autumn behind them. 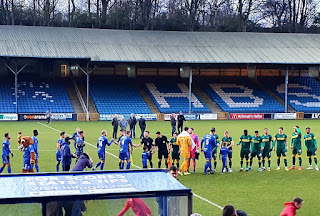 Over the PA, Shane McGowan’s blethering on about it being Christmas Eve in the drunk tank when we’re invited to join in with a minute’s applause for the recently departed Jim “Bald Eagle” Smith. He played here for a while, and ‘Ol Jim, so the story goes, used to enjoy a pre-match beer in the local boozer before gracing the field.


During a sedate first half I ponder how a galvanising swifty or two may not be a bad idea for some current players of the game as a means to get the blood pumping and add a bit of spark. There are a couple of highlights, though. The first, when County’s Connell Rawlinson is given the Terry Butcher head bandage treatment. We all like a bit of that. And then, towards the end of the first 45, when Halifax go a goal up after Duckworth cuts in and his shot deflects off McCoulsky, wrong-footing the keeper.

Cue: half-time and more of that Shane McGowan fella.

Words, I reckon, have been had during the break, as both sides come back out and go at it with a bit of intent. We see three goals in 12 minutes - a Christmas miracle - with County levelling but Town soon regaining their lead with a cool finish from Allen, the nippy number 7.

Three minutes later a booming volley from County’s Mitch Rose makes it 2 apiece and has to be the pick of the day’s goals. Sweet finish, good player. Brother of Danny, apparently. 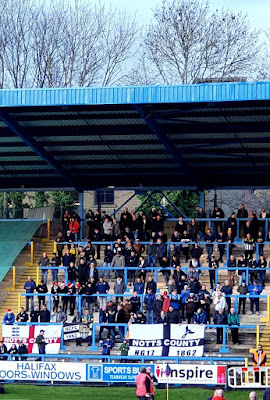 Just as I’m thinking how much I like Town’s Josh Staunton - eager to get on the ball and spray it about - he gives away a penalty to make me look daft. Rose tucks in with ten minutes to go.


There’s no sulking from Halifax who chuck it all forward in a full-blooded effort to salvage a point, but the inevitable gaps at the back allow Notts County to grab a fourth with almost the last kick of the game. 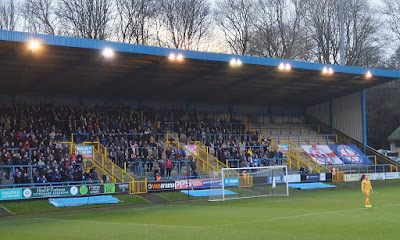 
I like it down here at The Shay. It’s a ground that may have been spruced up since that first visit three decades ago, but where there’s still an appealing bit of old-school about the place, too. I won’t leave it another 30 years.


Pie notes: I arrive armed with a homemade mince pie. Frugal and seasonal. 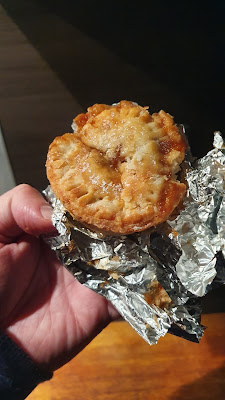 
Why I’m having a season watching non-league football.
on December 24, 2019