a not that lucky mascot 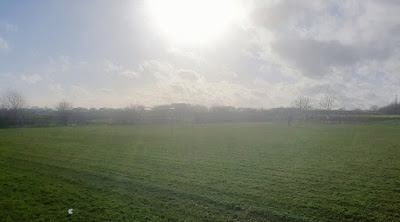 The night before was a big one, a still-supping-wine-at-2am one, so I’m not in the mood – and don’t have the legs – to go far today. Spawny, then, that Shelf are playing at home, with “home” being round the corner from where I got to bed just a few short hours ago.


Bolstered on the sidelines by the fortifying one-two of a full fat Coke and a Yorkie - a healing combo I’d not self-administered since the late 90s - I ponder how I might be something of a lucky mascot for today’s opponents Northowram, who came back to draw 5-5 with league leaders Sowerby Bridge when I last saw them a couple of months ago. 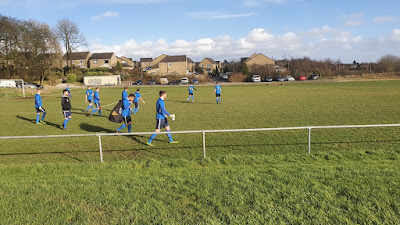 And one team goes on to bag 5 again today, but unfortunately for the away side, bottom of the league but resplendent in their distinctive Sunny Delight colours, it’s not them.


The first half an hour, though, is an even affair whose most notable moments include a whipped in Shelf cross that just misses a speedily-incoming head; a home effort cleared off the line; and the brief but always welcome appearance on the pitch of an enthusiastic Labrador.


A tap-in following some classic right-back-to-right-wing-to-6-yard-box sees Shelf go one up, but Northowram soon get one back when a long ball over the top finds the pacey Number 11, kept quiet so far by an organised defence, who doesn’t piss about with the finish. 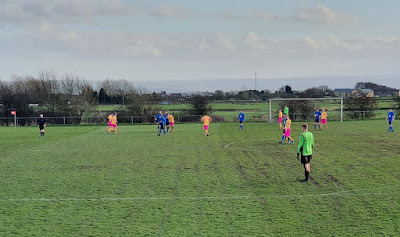 Shelf take the lead again following an angrily contested thrown-in which results in a simple nod-in. The ensuing merriment and droll “thanks liner” suggest that the home team know the throw-in was a jammy call.


Although it’s bright, the rapidly reducing temperature and blowy sky as the second half gets going are a reminder that Storm Ciara will be with us anon. To underline the point, a Northowram goal kick hangs high in the air before looping ominously back on itself to be picked up by Shelf’s 10 who makes sure.


But there’s that Number 11 lad again for Northowram, causing bother with his nippy mate 7 whenever the ball finally gets through to them, who slots in from the spot after a daft challenge to make it 3-2. And perhaps my presence will, again, inspire the away side to get another for the draw, or even to go on and win just their second game of the season. 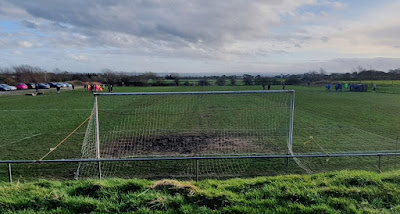 ‘Fraid not, and Northowram remain stuck at the bottom of the table while Shelf stay sitting in second of the Haslem and Sheppard Premier. The home side nick a couple more, one ‘megging the keeper and the other a smart finish from Shelf’s 9 who’s looked for it all afternoon.


To their credit Northowram stick at it, and when the Number 6 tries an overhead kick from too far out he manages - fair play - to not make a tit of himself.


Pie notes - after a load of Montepulciano and a questionable chicken Madras, pie is not the answer. 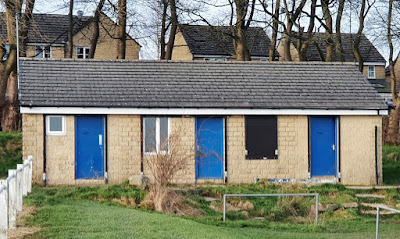